Habitat, the way to recovery

Barn owls will only attempt to breed if the habitat is right. They need extensive areas of rough grassland or lightly grazed grassland either as whole fields or field margins which form “Corridors”. Barn owls most usual prey are short-tailed field voles, mice and shrews which inhabit such areas of grassland.

The barn owl can survive quite well on modern intensively farmed land where corridors exist, provided they are extensive enough. A 240 acre farm with about 10 fields edged with corridors can provide the necessary hunting range for breeding to occur. On smaller farms, farmers working together or in co-operation with organisations such as ours, can group together to provide this type of habitat.
Temporary ley grassland, cultivated land and fields well grazed by sheep or cattle do not provide this type of habitat. 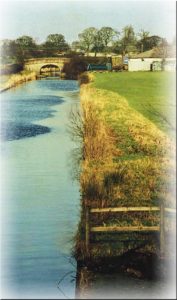 Barn Owls are birds of low-lying open farmland and the woodland edge.  The Barn Owl will normally feed within 1-2 km (0.6-1.2 miles) of the nest site requiring a minimum of 50 ha (120 acres) of rough grassland. In regions where the grassy banks of rivers, canals, ditches, hedgerows, farm tracks and woodland edge provide the only suitable habitat, the Barn Owl will range up to 4 km (2.5 miles) or more. Grassland margins 6 metres (20ft) or more wide can be created easily by reducing the amount of cutting and spraying of non-selective herbicides beneath hedgerows, and by allowing rough grassland edges to regenerate along existing natural features of the farm, such as rivers, canals, ditches, hedgerows, farm tracks and woodland edge. The tussocky grass which eventually develops will require cutting, or grazing, once eveiy two or three years in the late autumn, to prevent the development of hard scrub. Thick hedges and woodland plots provide cover for small mammals and other wildlife. The rough grassland which develops on the banks of drainage ditches is an important foraging habitat for the Barn Owl. When ditches need to be cleared, dredging and bank scraping should be limited to just one side of the ditch one year and the other side the next year. This form of rotational management allows these important habitats to remain intact.

Even on farms and estates where good habitat remains. Barn Owls often disappear because communities become so small and isolated in the region as a whole that there is insufficient immigration of young birds to replace those which die. 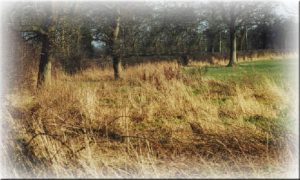 Corridors can be formed around field margins and ideally these would be at least six metres wide. If necessary margins can be created by sowing meadow grass seed mix. Where possible these corridors should be linked in with other corridors in the area and we can advise regarding this as we are constantly carrying out and updating land surveys.