Decline in the Barn Owl Population 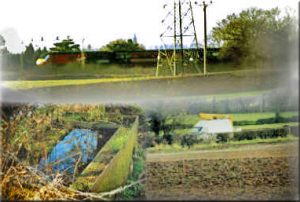 The Barn Owl has been less able to adapt to changes in the environment during the last half a century compared to some other birds and animals, for example kestrels and foxes have adapted better. Some birds of prey have been saved from extinction but the barn owl continues to be a concern though through the work of groups like ours a great deal of progress has been made.

The decline in Cheshire was one of the worst in the country. In 1932 there were 240 pairs of barn owls in Cheshire but by 2000 only 19 breeding pairs were recorded; that’s a staggering 92% decline. This appears to be an improvement over 1999 when only 10 pairs were recorded, the truth is that the count for 2000 was more accurate and though there will be a few pairs that escaped detection, this figure can be considered to be a good reflection of dire state of the barn owl population in Cheshire at that time. Further evidence of the continued decline is that on average in 2000 each breeding pair succeeded in rearing 2.2 fledglings – this is was insufficient to maintain a stable barn owl population in Cheshire. At least 3 fledglings per pair were required; this might not seem like a big difference but in reality groups such as the Mid Cheshire Barn Owl Conservation Group had a great deal of work to do.

The causes of the decline are many but some of the main ones are shown below:

The expansion of industry and housing into the countryside has taken away hunting grounds, nesting sites and corridors. Even though open countryside may be nearby the rough grassland barn owls need is also disappearing. The introduction of more efficient and intensive land use, larger fields worked right up to their boundaries and the cutting or removal of hedgerows has resulted in large scale loss of rough grassland. This has been very advantagous to land users but unfortunately this loss of rough grassland has been to the disadvantage of the barn owl.

Even on land where good habitat remains barn owls can disappear because they are isolated from other barn owls by large unbroken expanses of lost habitat. This isolation makes it difficult for young birds to disperse and establish new territories.
Although there are other factors which have caused the decline of the barn owl, loss of habitat is considered the most significant and is a major impediment to the conservation of the species.

Nest sites lost
In recent years many traditional nest sites have disappeared along with the habitat. Old farm buildings have collapsed or been converted into houses and many hollow trees have been lost to Dutch Elm Disease and storms. The tendency towards larger fields limits the regrowth of natural nesting sites.

Barn Owls don’t build a nest in the normal sense of the word, they lay their eggs on a layer of pellets which have accumulated in their roosting site. Such sites are deep spacious cavities in trees (especially Elm and Ash), dark corners of barns, churches and other old buildings, or even gaps in straw stacks. Nest boxes provide a real opportunity for this declining species to re-establish its population. Owls may accept a nestbox readily using it just for roosting for as long as two years before finally breeding. There is evidence that around 98% of the barn owls in Cheshire now breed in nest boxes.

The ideal site for a nest box in a building is a dark corner on a beam in an undisturbed building near farmland, away from busy roads. It is also possible to site boxes in modern, prefabricated farm buildings but in either case a permanent means of access to the building for the owls is vital. Nest boxes are more usually placed in suitable trees or on a pole.

Having now established a network of well 1100 nest boxes much of our work in relation to nest boxes is repair and replacement of these boxes. However, if you have control of any open land or buildings and would like us make an assesment regarding suitability for nest boxes then please Contact us. We do not make a charge for individual nest boxes, they are funded by voluntary donations, membership fees and sponsorships.

The barn owl is often tempted to hunt along canal sides, railway embankments, river banks and roadside verges for the prey which inhabits these grassy corridors. To take advantage of these hunting grounds the barn owls have to cross or fly along roads and railways and its low-level drifting flight invariably results in a high level of mortality from collisions with traffic as many roadside hedges are quite low. In Cheshire this is the highest unnatural cause of death for adult barn owls and allowing hedges to grow high enough to force the barn owls to fly higher than the traffic would be beneficial. Death can also occur when consuming prey contaminated with rodenticides. Drought and flooding affect the prey population and Barn owls do not fair well in long periods of freezing conditions. Starvation is a reported cause of death of adult barn owls and shortage of prey during the breeding season will inevitabley result in a low number of owlets surviving. Fledglings are also often found dead on the floors of barns or beneath trees, having fallen from the nest. If you find a distressed young barn owl beneath a nest site don’t take it into care, instead contact the nearest vet or animal hospital. Young owls often appear lethargic in daylight but are usually only awaiting the arrival of the adults with food. Every year many owlets, mistakenly thought to have been deserted by their parents, are taken unnecessarily to bird rescue centres. (Barn owls which are found injured, however, should be placed in a dark box and kept in a warm place until veterinary advice can be sought.)

On farmland, drowning in steep-sided water tanks is also a commonly reported cause of mortality. Tanks are attractive bathing sites but having vertical sides provide no means of escape for a bird which very rapidly becomes waterlogged. Drowning can be avoided by covering water tanks with wire mesh, floating a close fittinq plastic raft cut from an old bakers tray  or similar device in drinking troughs. This allows livestock to continue to drink but enables barn owls to escape.

Recording deaths and injuries can provide vital conservation information so if you become aware of either of these events then please Send a sighting report to us.

We often asked about breeding and releasing barn owls. Whilst it may appear to be an attractive idea it is an offence to release or allow the escape of captive-bred Barn Owls. This is because they are listed Schedule 9 of the Wildlife & Countryside Act 1981 and under Section 14 which makes “breed and Release” only permissible under licence. No licences permitting release have been issued since 2002 and it is highly unlikely that licences for the release of captive-bred Barn Owls will be issued in the foreseeable future.