What We Are Doing 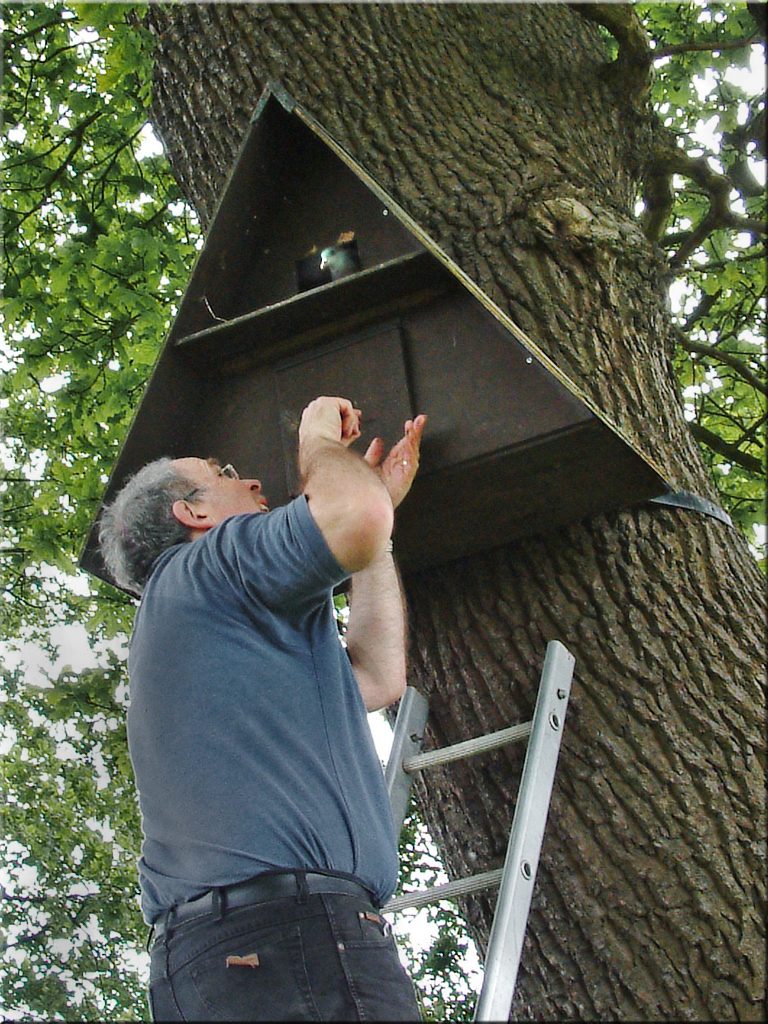 Nest box checking. Even though there was a pigeon watching from above, there was a barn owl in the main compartment! Photo: Ian Jones

We have an enormous amount of work to do, including:

The number of breeding pairs in 2000 was recorded as 19 and appeared to have been an increase over previous years but the truth is that by then recording was more accurate due to the increasing network of recorders such as barn owl groups like ours and increased public awareness. Therefore we tend to consider 2000 and 19 breeding pairs as our starting point. At that time each pair produced an average of 2.2 fledglings. It has been calculated that an average of 2.65 fledglings per breeding pair are required to maintain stable barn owl population in Cheshire, so as things stood we could have expected the decline to continue. Along with other barn owl groups we embarked on a project to place nest boxes at appropriate locations and encourage the maintenance and creation of suitable habitat.

Progress was made and by 2003 there were around 30 breeding pairs of barn owls recorded in the county, 5 of them in Mid Cheshire. This was good but not yet good enough, a long dry summer or harsh winter could seriously reduce this number very quickly. Over the following years we continued our work and the barn owl population has continued to grow. 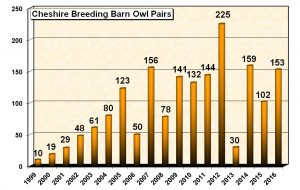 Roughly every 7 years there’s a naturall fall in breeding, however a strong population will quickly recover (click to see full size).

Now well into the 21st century the future does look brighter but threats remain. Weather conditions have already been mentioned as a major problem facing barn owls these days, another is the natural decline of field vole numbers which occurs roughly every 7 years. This staple of the barn owl diet means that in those years of reduced food supply breeding numbers are seriously reduced.  We continue to work to ensure there is a good population that is able to cope with all of these natural threats.

So despite the barn owl having had special protection under the Wildlife and Countryside Act 1981 the future of the barn owl in Cheshire remains difficult to predict and our work must continue.